AM Modulator is one which is used for superimposing a low frequency signal on a high frequency carrier signal. In this modulator the amplitude of a carrier is varied in accordance with instantaneous value of message signal.

Types of AM Modulators are listed below.

It is so named because the message signal (AF) is superimposed on +Vsb and tVsb and then applied to the plate of a triode tube. Now we will study how modulation occurs in this modulator. 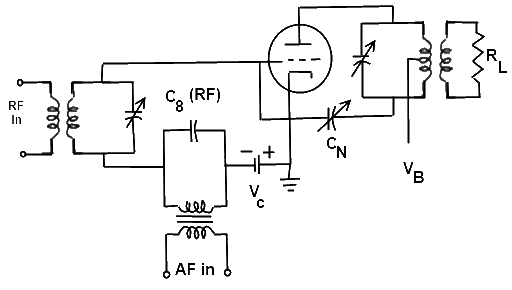 It is so named because the input signals RF, AF and negative Vc voltages are applied to the grid of class C amplifier. 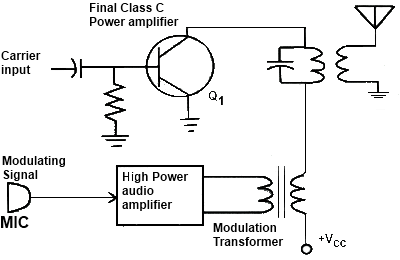 This varying supply voltage is applied to the class C amplifier. Naturally, the amplitude of the current pulses through transistor Q1 will vary. As a result, the amplitude of the carrier sine wave varies in accordance with the modulated signal. For example, when the modulating signal goes positive, it adds to the collector supply voltage, thereby increasing its value and causing higher current pulses and a higher amplitude carrier. When the modulating signal goes negative, it subtracts from the collector supply voltage making it less. For that reason, the class C amplifier current pulses are smaller, thereby causing a lower amplitude carrier output. Hence amplitude modulated wave is obtained which is then transmitted through antenna. 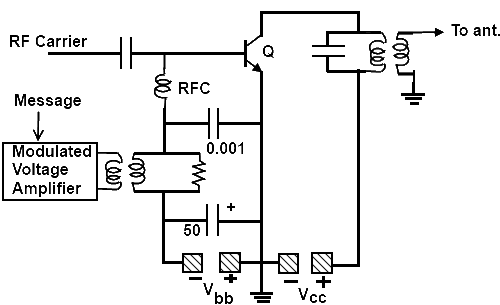 It is so named because RF carrier and the message signal both are provided to the base of the transistor.