Opto coupler are designed to provide complete electrical isolation between an input and output circuits. The useful purpose of isolation is to provide protection from high voltage, surge voltage and low level noises that could be produces errors in the output. Optocouplers also provides interface between different voltage levels. The input current of an opto coupler can be phototransistor, LDR, Photo diode and LASCR.

When the input voltage of LED is forward biased, the LED emits light, this transmitted light turns ON the photo sensitive device (photo transistor, LDR, Photo diode and LASCR) which produce nearly the same voltage at out put. 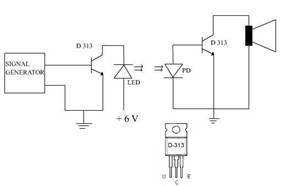 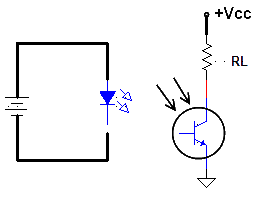 This device is designed for applications that require isolated triac triggering.

the optically isolated A.C linear coupler converts an input current variation to an output voltage variation. the output circuit consists of an amplifier with a photo diode across its input terminals. light variations emitted from the LED are picked up by the photo diode, providing an input signal to the amplified as shown.