In Figure we can now look at  the circuit from the example, redrawn with the calculated voltage and current values included. The power in the primary winding of a transformer transfers to the secondary. This is illustrated in the example below. 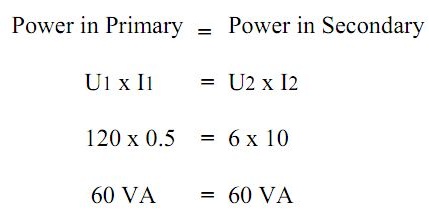 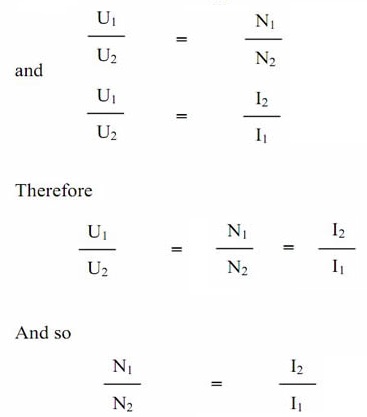 The power rating of a transformer may be calculated by multiplying the secondary AC voltage by the full load secondary AC current.

Iron Losses in a Transformer

Eddy currents are induced into the transformer core. These unwanted eddy currents, cause heating of the core. They represent a loss in the transformer and are referred to as iron losses. The iron core is made up of steel lamination, to reduce eddy currents to a minimum. Silicon steel is generally used as its magnetism is easily reversed.

Copper Losses in a Transformer