The method of marking and identifying the terminals of a three-phase transformer is given by British standard 171 (B.S. 171). The higher voltage winding bears capital letters A, B, C, and the low voltage winding mall letters a, b, c. Sometimes a third winding called tertiary is used which is represented by 3A, 3B, 3C.

In general, the two ends of a winding will be given suffixes and marked A1, A2. But if tapping is brought out or there are sections of the same windings, the marking will be in sequence i.e. Al, A2, A3... See Figure 3.

It is important that the directions of the winding shall be the same for both primary and secondary windings, so as to ensure that voltage VA2A1 is in-phase with Va2a1. 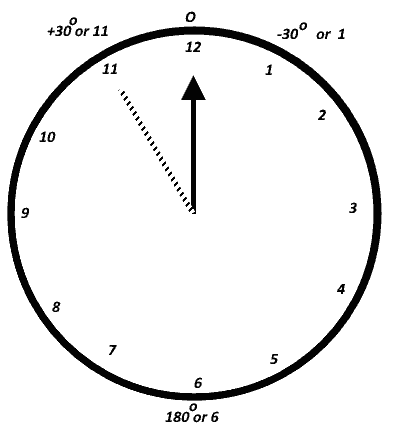 Different groups are shown in Fig. 5.

Some of these groups are discussed as follows:

Ddo: This group consists of a h.v. delta, low voltage delta and with zero phase displacement. This type of connection is suitable for large low voltage transformer. Because delta connection requires more turns per phase of smaller section.

Yyo: This group consists of a h.v. delta, low voltage star with zero phase displacement. This type is economical for small h.v. transformers. Because the star connection minimizes the turns per phase and the winding insulation.

Dd6: This group consists of h.v. delta, L. V. delta and with phase displacement of 180°. This connection is suitable for large L.V. transformers. 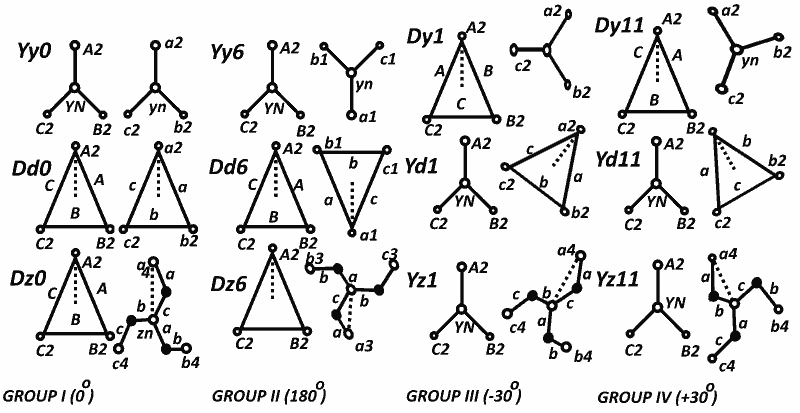