Of these conditions (i) is absolutely essential otherwise dead short circuiting will result. Condition (ii) and (iii) should be fulfilled as for as possible. Condition (iv) is also absolutely important.

In figure 1, the connection diagram of proper polarities is shown and in figure 2, the wrong polarities connection is shown. This wrong connection produces dead short circuiting. 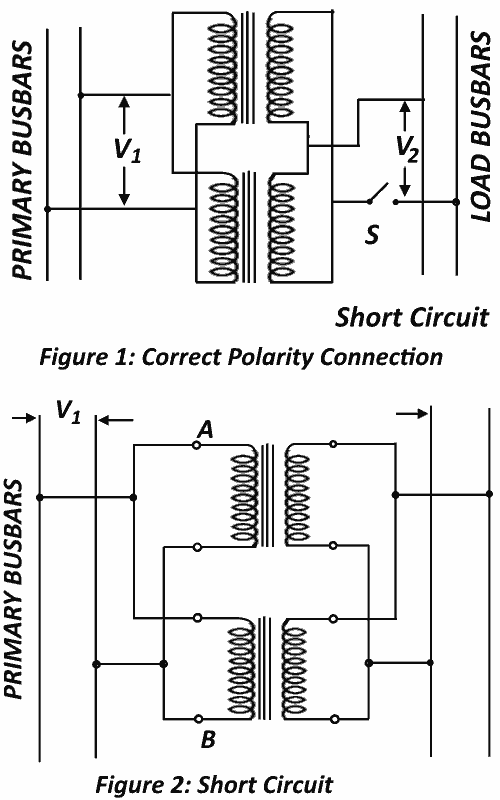 Consider the case of two transformers working in parallel as shown in figure 1. Assume the no-load voltage of both secondary windings is the same i.e. EA = EB, so no circulating current will result between them on no-load. Neglecting the magnetizing current, the equivalent circuits of transformer can be drawn as shown in figure 3.

Where ZAB is resultant impedance of ZA and ZB in parallel.

Two single phase transformers with equal turns have impedances of (0.5 + j3) ohm and (0.6 + j10) ohm with respect to the secondary. If they operate in parallel, determine how they will share total load of KW at P.f. 0.8 lagging.