A filter circuit consists of passive circuit elements i.e, inductors, capacitors, resistors and their combination. The filter action depends upon the electrical properties of passive circuit elements. For example, an inductor allows the D.C to pass through it. But it blocks A.C. On the other hand, a capacitor allows the A.C to pass through it. But it blocks the D.C. Some of the important filters are given below. 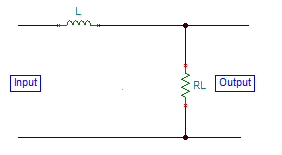 In this filter a capacitor is connected across the load during the rise of voltage cycle it gets charge and this charge is supply to the load during the fall in the voltage cycle. This process is repeated for each cycle and thus the repel is reduced across the load. It is shown in the above Figure. It is popular, because of its low cost, small size, less weight and good characteristics. Useful for load up to 50mA as in transistor radio battery eliminators. 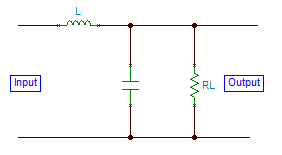 It consists of one inductor and two capacitor connected across its each end. The three components are arranged in shape of Greek letter Pi. It is also called capacitor input Pi filter. The input capacitor C1 is selected to offer very low reactance to the repel frequency hence major parts of filtering is done by C1. Most of the remaining repels are removed by the combining action of L and C2. This circuit gives much better filter then LC filter. However C1 is still directly connected across the supply and would need high pulse of current if load current is large. This filter is used for the low current equipment’s.